While Industrial Ventilation, Inc. is well known as the technology and service leader in industrial ventilation for vegetable storage—especially potatoes and onions—we’re flying into a new frontier: honey bee storage.

Honey bees pollinate over 90 agricultural crops in the US, playing a significant role in the economy and a vital part in the production of about one-third of the food we eat. However, honey bees are in serious decline due to what is known as colony collapse disorder (CCD), a complex syndrome that is becoming increasingly devastating, increasing two to three times the historical level. While there are more than 60 variables associated with CCD, the parasitic mite Varroa destructor is widely believed to be a major contributing factor.

The mighty force of a destructive mite

The Varroa destructor is an external parasitic mite that attacks honey bees, weakening them by sucking out fat bodies, which weakens their immune systems and siphons off nutrients. The mite attacks both adult bees as well as the brood (yet un-hatched bees residing under a wax cap), making treatment difficult and labor intensive. If left untreated, these mites can kill an entire colony in just two years.

The current treatment for Varroa mites consists of a series of three chemical treatments over a 21-day period. This kills mites from adult honey bees and then, subsequently, from newly hatched bees as they emerge from the brood already infested. However, these hand-applied treatments are labor intensive, expensive, and require a very precise timing cycle. The best result typically achieved at the end of this three-cycle treatment is a remaining average of five mites per 100 bees.

In August 2017, in an attempt to find a way to better protect the honey bee colonies, Washington State University researchers put 200 honey bees into refrigerated storage. While bees don’t really hibernate during the winter, the Queen does stop laying eggs. Researchers saw this as a potential solution to the “capped brood” problem, or when the mites infest the brood under the protective wax cap before the bees hatch.

“By placing colonies in refrigerators, the queen stops laying new eggs, which stops the production of brood. When the bees come out of refrigeration, there is no ‘capped brood’.” (Weybright)

A Varroa treatment can then be applied to the infected adult bees, with very positive results. The average remaining mites per 100 bees dropped to .2 mites for the refrigerated colonies, a dramatic drop from the five mites in the control group.

With this groundwork in place, IVI worked with local Idaho business owners Nick and Tony Noyes, of Noyes Apiaries and The Honey Store, to design a brand-new style of honey bee storage. IVI created the first bee storage of its kind, incorporating a concrete air floor, typically used in onion and potato storage buildings. The storage was designed for both over-wintering (the technique used to prevent the Varroa mite from infiltrating the brood as described previously) as well as summer storage. The over-wintering storage has a capacity of 14,000 hives and the summer can hold 6,000.

Leveraging their products and expertise in vegetable storage, the bee storage design incorporated IVI’s ventilation and refrigeration systems, which accurately and precisely control temperature, humidity and CO2, all essential components in keeping the bee colonies alive. In addition, because honey bees are extremely sensitive to light—a tiny amount of which will disrupt the entire colony, the bee storage building was completely blacked out using IVI’s Daylight Block. No ambient light can enter while the system is running.

The system also incorporates an on-site generator to keep the ventilation system running during any potential power outages. IVI’s engineers tailored the IVI Storage Control Panel, writing a specific program for the honey bees storage that includes a switch-over control feature for the generator in the event of an outage. Using IVI’s app, mobile access via phones or tablets allows for off-site monitoring and control.

Doubling the treatment with summer storage

The over-wintering process was proven effective by WSU studies, showing an increased effectiveness in controlling and killing the Varroa mite by bringing bee populations down to a broodless state before applying the treatments. However, a second term of summer storage is still being researched.

The end goal? Keep the mite infestations routinely low or non-existent, so that there is less colony damage overall. While there is a risk associated with a yet un-studied second storage period, experts are hopeful that it will work, creating significantly more control over mite populations and requiring fewer chemicals to ensure colony survival.

As a company firmly embedded in the agricultural sector, protecting and preserving bees through refrigerated bee storage is a natural, and likely a vital, extension to the use of our products. IVI hopes that their work with Noyes Apiaries and the work by WSU researchers with another Idaho beekeeper, Belliston Bros., who donated 100 honey bee colonies to the study, can provide the necessary insights and solutions to allow honey bees to thrive once again. 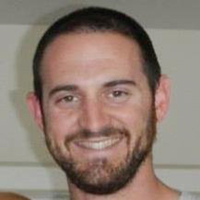 « Optimizing Brix % during sweet potato curing
Sweet Potato Storage Research Aids Success for Growers »
This website uses cookies for site usage tracking. By continuing to use this site, you are agreeing to the site's Privacy Policy

This website uses cookies to improve your experience while you navigate through the website. Out of these, the cookies that are categorized as necessary are stored on your browser as they are essential for the working of basic functionalities of the website. We also use third-party cookies that help us analyze and understand how you use this website. These cookies will be stored in your browser only with your consent. You also have the option to opt-out of these cookies. But opting out of some of these cookies may affect your browsing experience.
Necessary Always Enabled